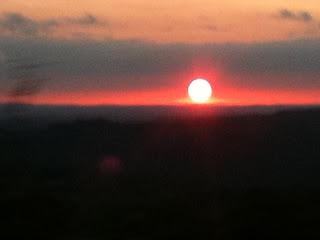 I am spending the rest of my time with my daughter Matilda at her mums place in Okehampton Devon.

Today's has been a bit of a chill out, getting up late, having a lazy breakfast with the paper and then taking the dogs for a walk. 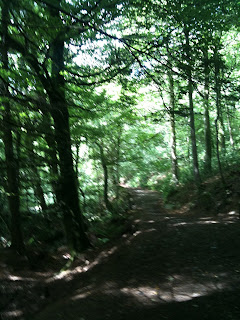 We went onto the fringes of Dartmoor and walked through woods, along tracks and by the river. Essentially it's a circuit we call the '60 pointer as it's the circuit the local school uses for it's cross country runs. 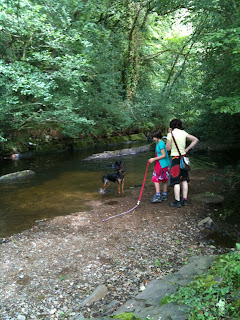 After the last few weeks of stress and busy-ness getting ready for my move o must say walking through the green tunnels, playing ducks n drakes with the smooth river stones and ending up at Okehampton Station for a Devon Cream Tea certainly decompressed all those stresses and worries.

Later we went to the cinema to see Cowboys and Aliens and we all enjoyed it. Although I have to say it's a 12A Certificate and it terrified Matilda (age12)

China wise I still have to sort out my laptop bag. It's almost as heavy as my carry on bag and I'm sure the airline will clock it. I've got too many books so will have to cull them.

I have just down loaded this great app which allows you to scan documents, it's called Camscanner, so I've been using that to scan one of the books into my phone. It seems really good.

I've also realised I've forgotten to pack my razor so a trip to the chemist tomorrow.

The other minor stresses - my lodgers has only contacted me twice so far since leaving. Once because the broad band went off and again because the other lodger needed the password to access the wi fi Internet. Sigh.

Plus Matilda left her jacket in Plymouth. Said Lodger (Niel) is going to post it.
Posted by Rob Burton at 16:08