Up Up and Away

Well its definite me and Snook Doggy Dog are off to China! Ive been delaying posting, not wanting to tempt fate. But the proof is in the pudding and my visa is in my passport. 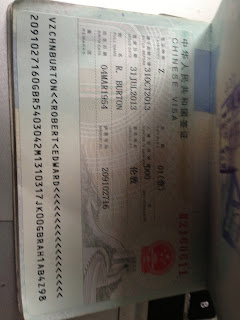 Snooks has passed her rabies test, which means the injection she had 30 days ago has worked, so we just need to get her passport and book the travel agent. 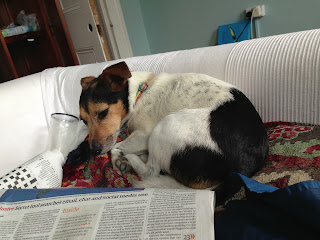 I've not been wanting to tempt fate because I have never been 100% sure that I would get the visa. my age is against me for one. In China there is a age 60 ceiling for hiring foreign teachers and I am banging on that door, age 60 in March.  Plus there was the added problem of doing a bunk back from China in 2012. The Chinese Govt doesn't take this lightly and have actually set up a website to name those foreigners who have breached their contracts like I did. But fortunately because of the bureaucratic nonsense which is China they have only ever put 9 names on it since 2012 and mine is not on there. But I couldn't also count out the fact that the new school might contact the old school for a reference and that would be me scuppered.

The other good news is I have a new lodger who is going to be in my rooms. That's a huge weight off my mind and means with the new job I will be financially stable for the next year at least. I even got a deposit off the guy so that meant I could do some shopping.

I need to revisit my packing list of 2011 to see what I packed then and what I need to pack now. I am definitely sending a box of stuff by courier too. There's just too many small things that would jamb up my suitcase and probably send me overweight, plus I need to send Snooks' packing as well, balls, ducky, raincoat, winter coat, etc  and 40 quid ish to send a parcel isn't too bad, better than paying the airline for overweight luggage.

But its all good I have the z visa, all I need to do now is buy the plane ticket and pack.
Posted by Rob Burton at 02:41