Its Wednesday today and the plan for today is to scoot back into Nanjing City for my required medical and application for a residents permit of which more in another blog.

The past two days have been spent attending a 'teacher training' event organised by the Linkfun agency we all work for.  This was held in downtown Nanjing, which for me is an hours taxi drive at least if the roads are marginally empty. But first I had to attend the local police station to register as a temporary resident.  This involved being taken by taxi by my school's vice director to the police where I got another certificate to add to my others saying I was legal. Then I was dropped off at a metro station and had to make my own way to the training venue. This was quite easy.

I arrived at the event at midday having missed the morning sessions but I was really pleased to meet up with old friends from my time before, Ryan and Taylor american teachers who have been here for around 5 years.

The training was basically preaching to the converted, all of the expat teachers in the room (about 10 of us) were 'old hands' so we knew most of the stuff we were presented with. We teachers also had to present demo classes which was good as we could pick up new tips for class content. ( except the two guys who were teaching calculus!)


James, Taylor and George doing their thing. James is a Brit, Taylor is an American and George is from the Phillipines (he's the calculus guy!) 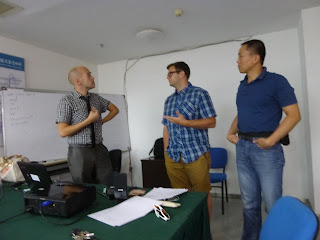 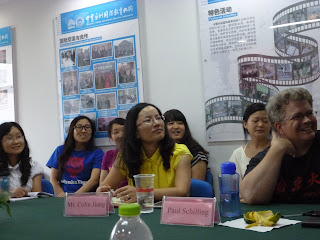 Ryan and the rest of the group 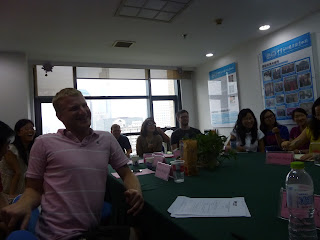 After the training had finished we had to go and have our photos taken. 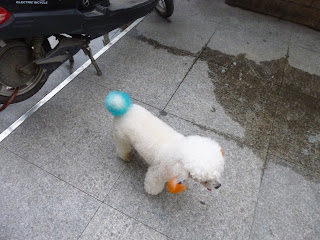 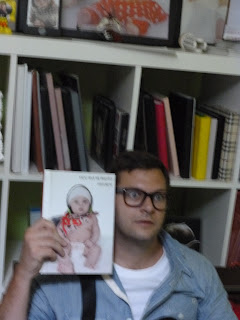 James (Uk) and Jessica (US) 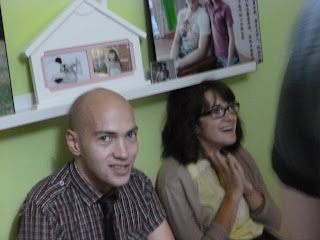 These photos should be a hoot as we were 'made' to wear props, either clothes or in my case comedy glasses, hope we get a copy so I can post them,


That evening we had a much needed beer and a dinner. 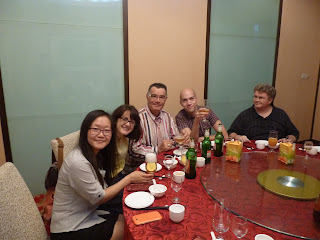 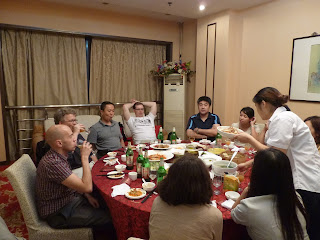 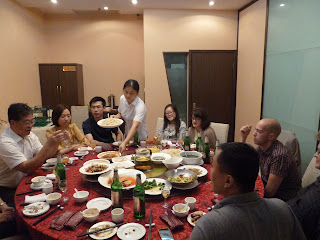 The following day it was my turn to perform: 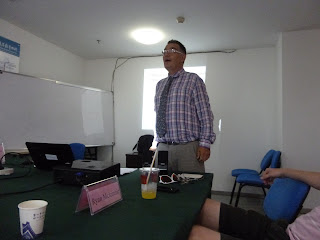 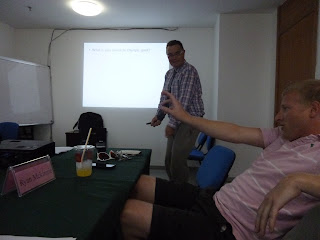 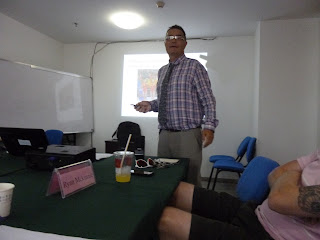 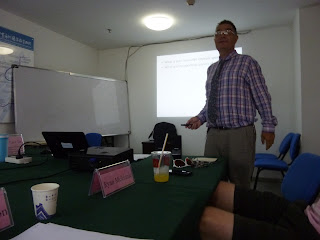 We finished early and retired to a bar for a beer. I then had to leave earlyish as Snooks had been left alone all day.

The weather is hot and humid so snooks had the best of it staying in the air con'd cool of the flat. I managed to get out during the lunch break to get a sim for my iphone so now have a chinese number and my phones working yay!

Time for a cuppa and then back into town for the medical etc.