Wikipedia: In the People's Republic of China (PRC), there are some activities for students to show their appreciation to teachers, such as presenting gifts, including cards and flowers. In addition, many former students will go back to their old middle schools and high schools to give presents to their old teachers.

The government first proclaimed Teachers' Day in 1985, but has never clearly explained why it should fall on September 10. Some people believe it was an arbitrary choice and have proposed to change it to September 28, which is believed to be Confucius's birthday. On Sep. 5, 2013, the State Councilannounced a legislative draft endorsing the change. If adopted, it would effectively make mainland China and Taiwan share the same Teachers' Day beginning in 2014.

For a few days before teachers day the concert hall has been being used as the venue for a TV programme celebrating Teachers day, so the area around the hall, which is close to my accommodation has been busy with performers and technicians busy working. Coming back from a class I spotted these girls being photographed so I dived in as you would and got my picture taken. Darn it didn't get any telephone numbers tho! 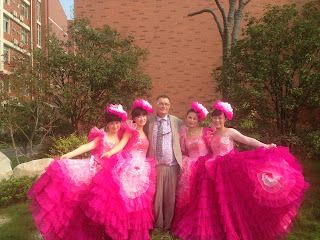 The day dawned bright and hot 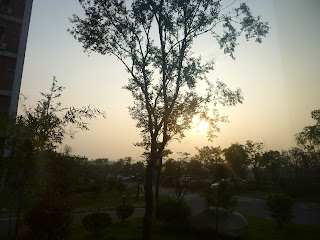 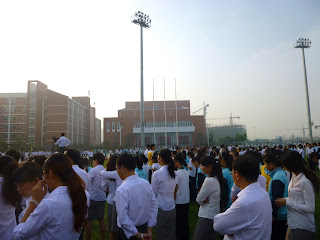 We stood with the teachers 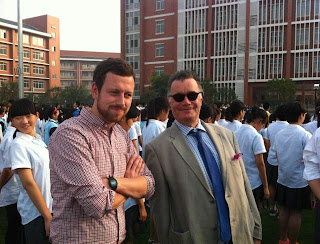 All in militaristic ranks 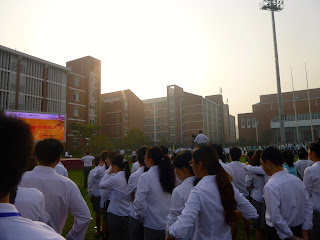 This is my Senior class 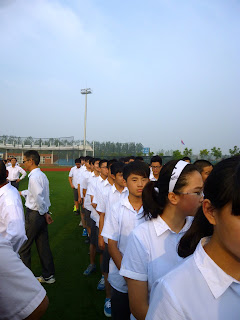 Then it was the raising of the flag and the national anthem, speeches and prize giving (to teachers) 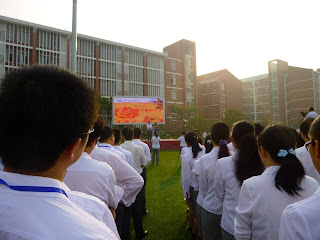 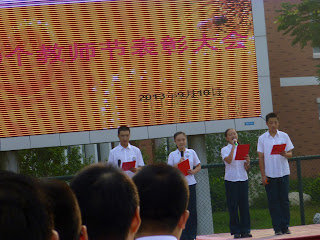 Once in class we were given gifts from our students, the school and the agency that employs us. 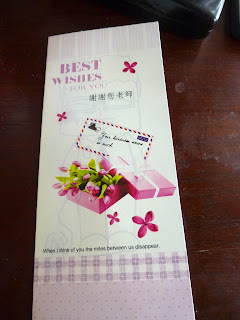 This card was from my Senior Class 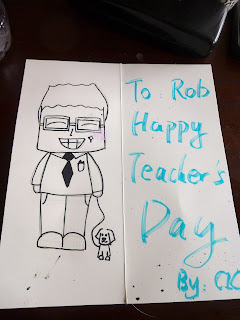 More moon cake and a big box of grapes from the Linkfun agency that employs me, the flowers from senior and juniors,  the mug and notebook from the Junior A class. 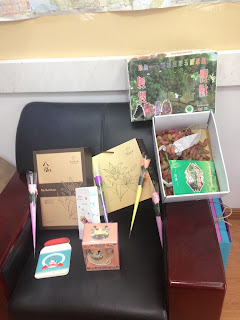 This gift was from the school itself - its a USB card 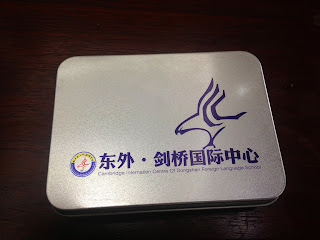 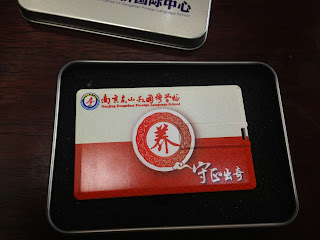 Its pretty cool - although we had to point out the spelling on the tin and card is wrong. 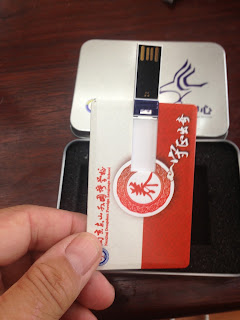 A close up of the mug the Juniors gave me - its cool. 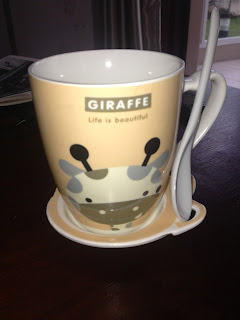 In the evening, after school me and Steve popped over the road for our first excursion to a local restaurant. 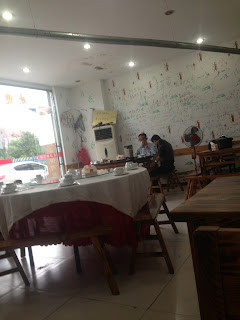 This is a spicy cabbage dish 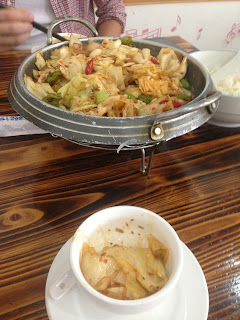 This is (out of focus) aubergine 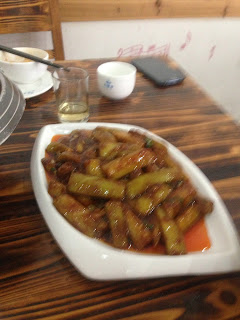 With rice and a couple of beers for two about £5. Which Ann, at school, told us was a bit expensive.