This weekend its the Mid Autumn Festival in China.


The Mid-Autumn Festival is a popular harvest festival celebrated by Chinese and Vietnamese people. The festival is held on the 15th day of the eighth month in the Chinese calendar, during a full moon, which is in September or early October in the Gregorian calendar, close to the autumnal equinox.[1]
The Government of the People's Republic of China listed the festival as an "intangible cultural heritage" in 2006, and it was made a Chinese public holiday in 2008.[1] It is also a public holiday in Taiwan. Among the Vietnamese, it is considered the second most important holiday tradition.
Today, the 19th of September, is the time of the full moon and its when the main celebrations are held. In its modern conception the festival is mainly about outdoor reunions among friends and relatives to eat mooncakes and watch the moon, a symbol of harmony and unity.
Eating and the giving of mooncakes is a major part of the festivities, especially while looking at the moon with ones family.  Typical mooncakes are round or rectangular pastries, measuring about 10 cm in diameter and 4–5 cm thick.  A rich thick filling usually made from red bean or lotus seed paste is surrounded by a thin (2–3 mm) crust and may contain yolks from salted duck eggs. However, my students tell me that they can also contain fruit such as apple, oranges or watermelon, meat such as beef or pork, or their favourite ice cream.

I have been given three boxes of moon cakes each containing eight moon cakes. I am not going to eat them, this is the general consensus amongst my expat colleagues, so I am following their advice. My mooncakes will be distributed to the security guys on the campus gate and the gardeners if I see them.

I also have to say that the school has been very generous to all its staff and we have been given huge presents. All members of staff received a big box of pomegranates, a presentation b ox of moon cakes, a presentations box of mixed nuts and a presentation box of mixed grain foodstuff.  This is in line with the origins of the festival being one to celebrate the harvest - a harvest festival. 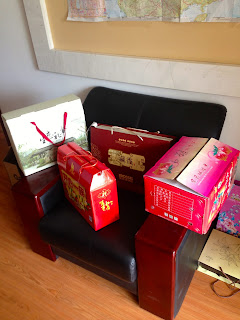 This is a short vid of me showing the contents

Of course school is now on holiday. My last lessons yesterday were bought forward one hour so all the kids could get away. They were all excited as all kids are come the holidays. I think most of the Chinese staff were excited too. They all had plans to travel home to see their family and relations. Most of the staff, even the married ones with families tend to live on campus in dormitories, 4 to a room!

We had extra excitement yesterday as a TV crew had turned up to film Steven and I. So Steve and I had to be available from 9am. First Steve was interviewed because he had a class, then the crew followed him into his class to film him teaching.

Sunny from our office who acted as our interpreter 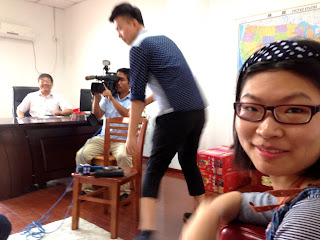 Steven in his classroom 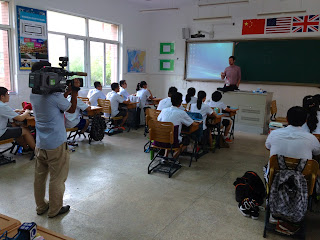 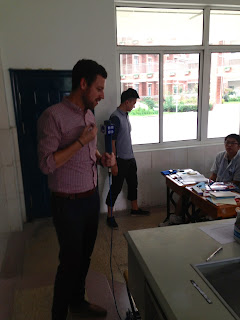 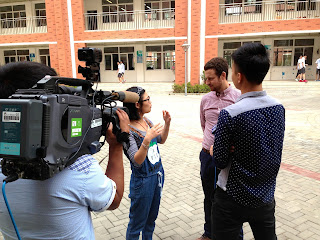 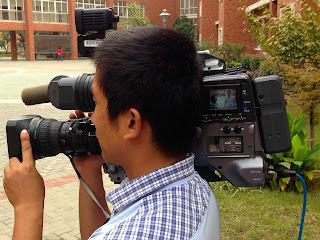 Steven with Charlie (our boss) at his desk 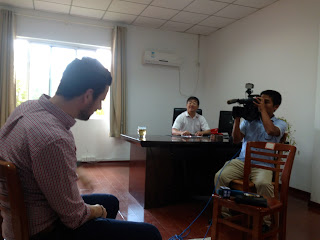 I don't have any photos of me with the camera crew because Steven had to teach, so it was just me and the crew, plus they wanted to interview me in my accommodation.

So off to my flat we went where they were introduced to Snook Doggy Dog, who was on her best behaviour. She got filmed quite a lot. Then I had to 'show them around' my flat. That took all of 1 minute, but they filmed my sitting room, bedroom and kitchen. I was asked what food I ate, I showed them the contents of my fridge. Then I had to act sitting at my table working and 'doing the things I normally do'.

Then we went outside and filmed Snooks chasing her ball and generally leaping about.  Then we went off to my class. This was my Junior A class, so they were the youngsters. They were all warned to be on their best behaviour and what great kids. The sat straight backed, stayed quiet, put their hands up if they wanted to speak and stood up when they spoke - as they are meant to do instead of the usual lolling about and all shouting out at once. So I did a bit of teaching then got them singing Twinkle Twinkle Little Star - the unit is about space after all.
Apparently Stevens clip is going to be shown on the local TV station at 7:30 tonight (Thursday) and my clip is going to be shown on Friday at 7:30. I've been promised, by the reporter, a link to the clips on the internet, so when I get them I will post them. 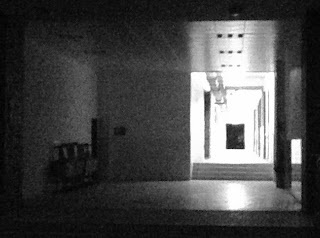 Empty corridors
The school is now empty and an empty school is a strange place. Its soulless. The joyful music of children playing and chattering is missing. The buildings stand empty and silent as me and Snooks wander around. I think Snooks and I and Steven might be the only people left on the campus apart from the security guards on the gate.
Sunset 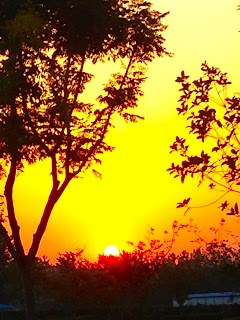 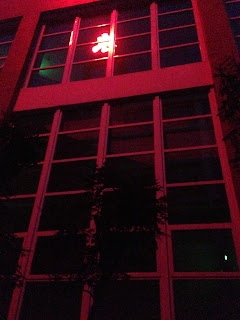