It's Monday, it's sunny, it's 09:30, I don't have teaching until 13:40, Snooks has been for a walk and is lying in the sun so I thought I'd use the time for a random catch up and post some of the pictures you haven't seen (unless you've seen some of them on my facebook wall).

A week ago Sunday (not yesterday) Me n Snooks went over to Xianlin where I lived last time. We had a date to meet with Tom and Peggy at the Blue Marlin. They had just got back to China from the States and I was looking forward to meeting up with them again.  To get there from where I am is a bit of a trek using public transport.  From my school by taxi to the Metro,  then nearly 1 hour on Metro Line 1 into town and the Xinjiekou interchange. Then onto Line 2 to Xianlin about another 30 minutes. So a bit of a trek so by the time I got there a drink was needed. 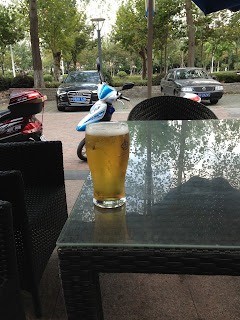 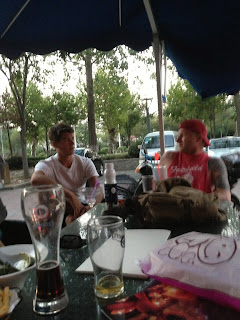 Tom - It was his birthday 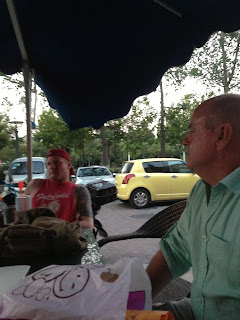 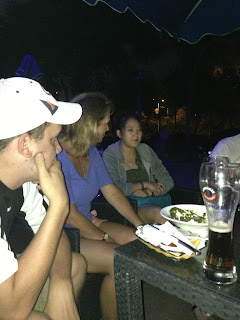 Snooks made a friend of Zac 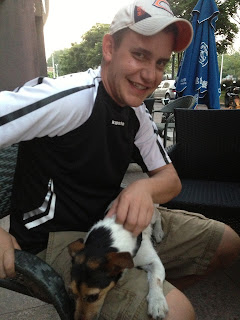 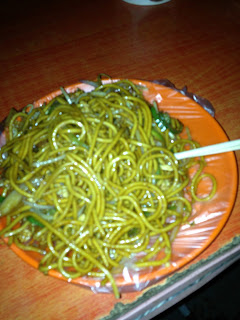 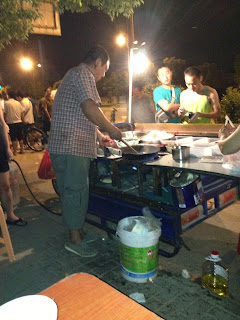 On Saturday Steve and I went shopping to a big supermarket call Auchan - its French.  Stever wanted to get cheese and was so enamoured of the selection he took photos. In doing so he took a photo of what he wanted, but forgot to put it in his basket! 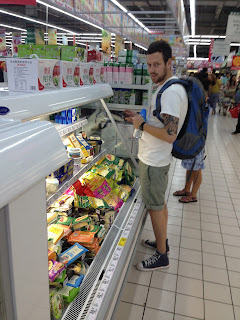 This young woman, covered in balloons was advertising waffles - we needed a pic of her. 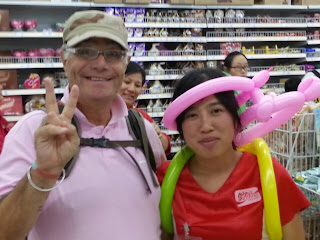 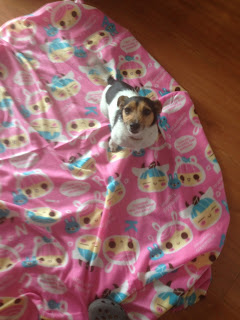 To put into the bed I had made for her out of a cardboard box. 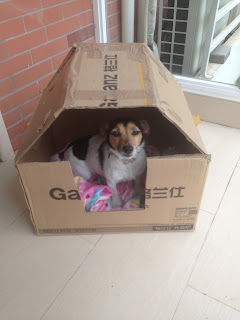 This weekend has seen a lot of activity in the concert hall, I believe they are rehearsing for a 'Teachers Day' (which is a big holiday) TV show, so lots of people have been going through the motions outside. 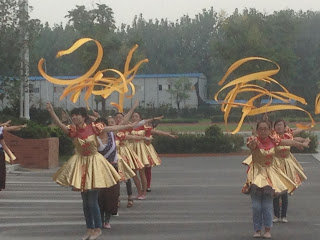 At about 4 o'clock the kids were getting back to school. This is 'Harry Potter' a Korean kid who is in my Junior A class having fun with Snooks 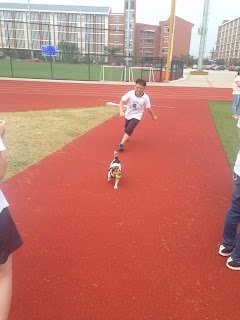 She gave him the run around 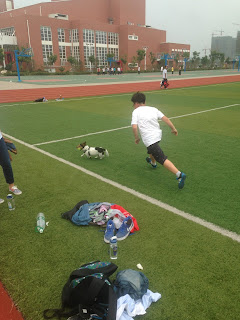 There was also a football match between Senior A and Senior B class. These are some of the girls from my class watching. 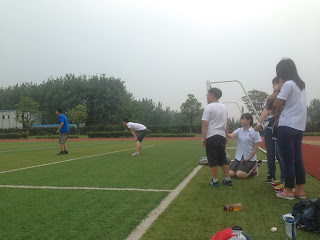 This bi plane flies over a lot as do numerous military helicopters we must be near a military base. 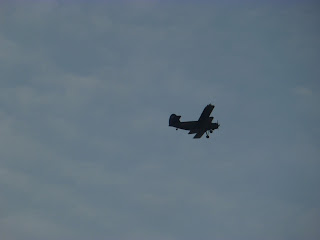 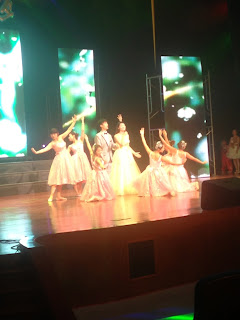 As I said Snooks, sun bathing this morning 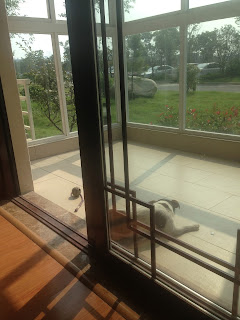