Wednesday 26th October.  It’s getting colder now but I have just been for a 7k run, it took about 45minutes, which I think is quite good.
The weather has been generally good with some lovely sunny warm autumn. I took these shots at a shopping mall where I sometimes drop into McD's for a coffee after work, to enjoy the sun and the lake. 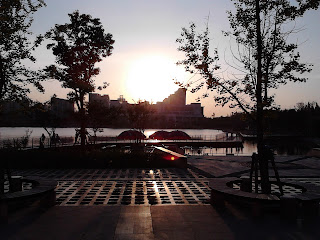 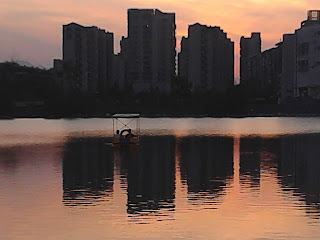 At the Lake
So I’ve been here for two months now only another 8 to go! Does that sound like i'm counting down a prison sentence? I don’t mean it to, I mean even prisoners get visiting rights and that aint happening at the moment.
I’m hoping that Lucia and Matilda will visit me in the New Year and my sister Julie say they might visit next year, so I’m looking forward to those visits, especially seeing Lucia and Matilda again.
The bouts of homesickness I was suffering earlier seem to have gone away, but I do get the occasional bit of homesickness. I’m NOT missing my old job, or my house, or Plymouth and all that stuff, I do miss Snook Doggy Dog a bit, but I can live without my dog.
I do get a bit down after Skyping with Matilda and her Mum. I look forward to it so much but afterwards I feel a bit empty and depressed. As I usually Skype on a Saturday at about 4pm here (10 am there) after I finish I go to the pub where most of my China friends/colleagues are usually enjoying Happy Hour, but I must admit I don’t enjoy it much and usually sit there being a bit quiet.
Last Saturday a couple of the American guys encouraged me to go out with them into the city to see the clubs. As I hadn’t been out on an evening since I got here I agreed.  We went to an area of the city called 1912
There are loads of bars, clubs and restaurants there and I had a good time and danced away my frustrations and minor depression.
Earlier in the day I went with Tom, Peggy and a Scots teachers called Steve to a big cash and carry place called Metro. We loaded up on some of the food we can’t get locally. I got stuff like Cheddar Cheese, Pasta, Olive Oil, Pesto, Dark Swiss Chocolate, Curry paste (Indian) a Coffee Press (hurrah) and a big bag of ground coffee all at a good price, so it was worth sharing a taxi to get there to get stuff that makes life a little bit better. 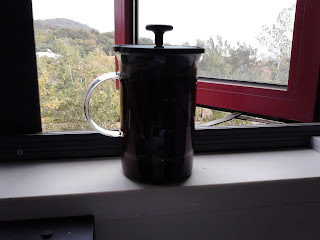 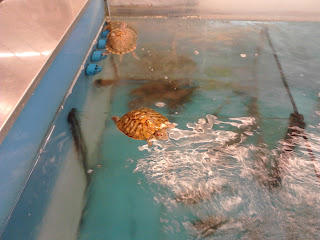 Turtles for tea!
We didn't buy this toothpaste either, apparently not so long ago it was called "Darkie", but they changed the name so as not to cause offence! Hmmmmm. 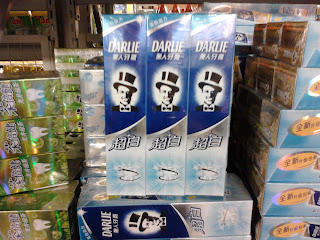 Darlie (Darkie) Toothpaste
Later it was AJ’s birthday and we went to a Hotpot restaurant for a meal. Here you have a metal pot separated into two compartments on a burner on the table. One side has boiling water; the other side has spicy water. You then order loads of meat, vegetables, tofu, mushrooms and so on and put them in the water, let them cook, dip them in a sesame/vinegary paste/sauce and eat, with beer.  Its good. The spicy side is usually designated the vegetarian side just for me which is nice. 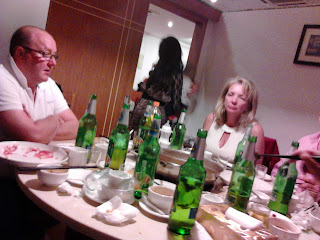 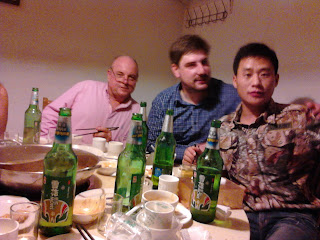 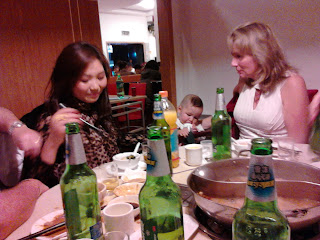 Xia, Peggy and Titus, AJ and Xia's son.
On Sunday, as you might predict, I could hardly walk. Not from a hangover, I was pretty sober as it happened, I had only drank two bottles of Bud and a couple of shots of Black Jack given to us by some Chinese guys in one of the clubs and all that alcohol I sweated out dancing for four hours, that’s why my legs were dropping off!
My bike had conked out Saturday evening and I had left it chained up by the local supermarket where we were using the cash point.  So I had to walk to get it, luckily it started on the kick-start and so I took it to the bike guy to get fixed. While it was getting fixed I had a walk around the local district and found a large vegetable market. 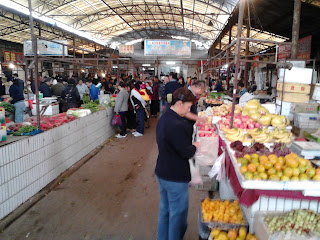 Inside were loads of stalls selling vegetables, meat and all sorts. There are loads of these markets around, this was about the sixth or seventh I had found locally.  One guy had a couple of live hedgehogs for sale, for lunch of course. There was also a noodle factory, spice stalls, clothes shops; it was a busy shopping day. 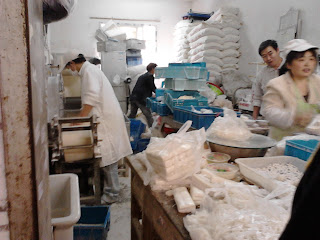 Here in China there isn’t a traditional weekend. As its not a Christian country Sunday is no different from any other day. There are no lessons for me and I think the colleges do close on a Sunday (although I do know teachers that do teach English on a Saturday and a Sunday). So all the shops and Banks and most businesses seem to be open on a weekend.
My classes are going well. The three third year classes I teach are still sparsely attended, even though I issued an ultimatum sending a message to students that if they didn’t attend at least 66% of my classes they would fail and they could not be entered for the final exam.  About 4 extra students only turned up across all three classes! 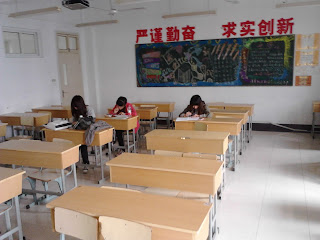 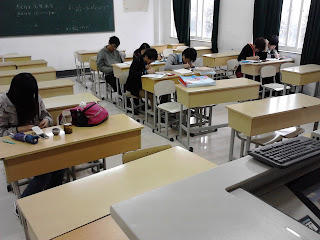 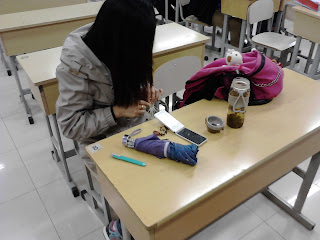 I like teaching the fresher’s class. There are 37 of them and they all turn up and they are all excited and funny and their English is much better than the third years.
On Friday Peggy and I did what’s called English Corner. We had to turn up and talk about Food Culture for about an hour. We talked about the differences between British and American Food, just by looking at Breakfast, Lunch and Dinner. Then the students asked questions, but mainly they wanted to take photographs.
It was great!
Basically all I had to do was stand there with a grin on my face and with my arms wide and two by two female students would run into my arms and have their picture taken by a friend, then another two and another two, then two boys and then two girls and so on, it was insane.  Ill try and get some photos, as the official school photographer was there as well and another Chinese teacher James was taking pictures too.
Tonight I’m off to another event. I’m not sure what it is, but I’m getting paid! I think it’s a talking competition and after each student has spoken I must ask them some questions. Ill try and get some pics and report back.
Friday, there’s another thing in the morning (darn its my day off) I think it involves speeches and lunch!
So a busy social life at the moment, which is good otherwise it gets a bit lonely and boring sitting in ones flat alone all the time.
Now its time for coffee with my new French Press – this is one of the things that makes life in China good!
Some more pics of the school canteen 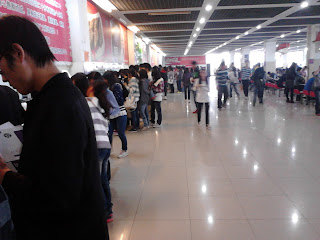 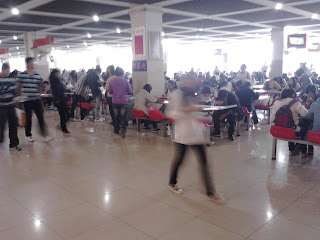 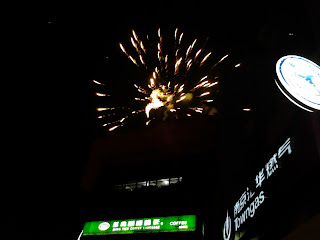