Wednesday 19th October, Its a beautiful sunny Autumn day today here in Nanjing, blue skies even.  I've just been for a 7k run and am teaching later, after lunch.

This blog is just a quick catch up of stuff, I've got a few more photo's of my holiday that I took on my phone and forgot about and some other stuff. 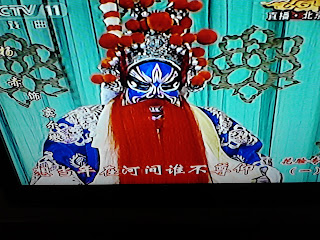 No, not me after a night at the Blue Marlin but Beijing Opera. There is one channel on the TV dedicated to Beijing Opera (CCTV 11). It is fascinating to watch but of course totally unintelligible. This was taken off my TV in my hotel room in BeyJomJen. 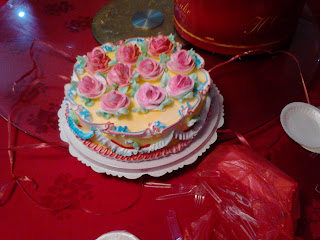 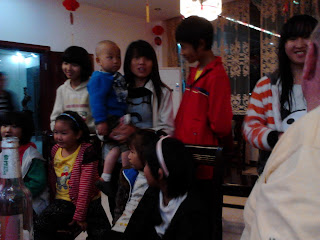 The kids we sang and danced with in the hotel 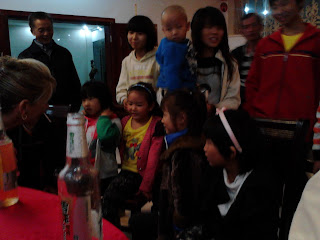 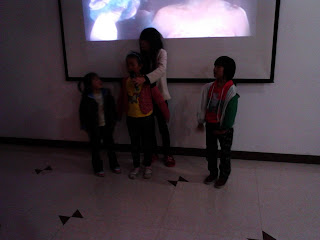 The kids singing for us - a bit dark tho 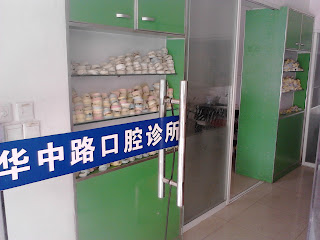 Shelves of teeth casts in a dentists in Anqing 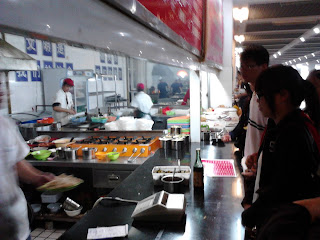 This is number 2 restaurant at my college, the building is 4 stories of food vendors. There are loads of them, remember all the 30,000 students live on campus, they have to eat here, they have no choice. Lunch times are manic. But the food is good and cheap. 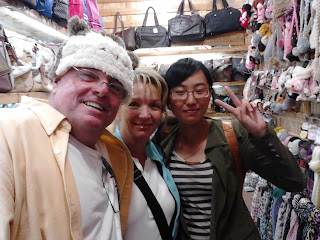 Tom trying on a fluffy hat (I'd already tried it on) with Peggy and a random student. 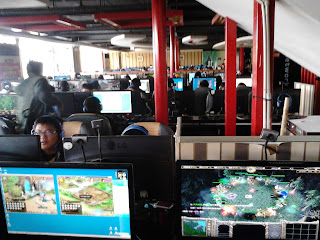 We were in a shopping mall on Saturday and upon the third floor we found these huge arcades full of computers and students playing computer games, no wonder they are always tired. This place was huge with hundreds of terminals, all full and there were another three or four on the same floor and even more on the fourth floor. It was like being in some dark science fiction movie, like the Matrix, where everybody is connected to a machine. Scary, 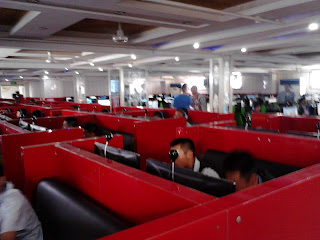 In the same place we went to a new restaurant that had opened and was advertising itself as 'The real Kung Fu' what ever that means but the picture on the advertising looked nice (for the meat eaters that is) a bowl with meat and spices, lotus root and parsley. So we went in, they were really pleased as we were probably the first foreigners to go and they had just opened. Predictably they couldn't cater for me. Even though they also seemed to do hotpot with lots of vegetables and so on, but they cant seem to understand to give me the vegetables and leave the meat out.

Anyway I had a beer, some deep fried corn pattie things whilst Tom and Peggy ate their meal, which did look good and they enjoyed it. Although Tom was a bit suspicious of the meat and was sure it wasn't chicken and guessed it was frog. But he didn't want to know until he had finished.  And sure enough when we asked the waitress later it was frog, or as they call it here, field chicken.