Today I had an interview, via skype, with a school in Shanghai, this is it 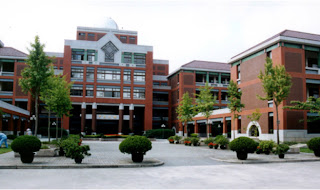 Its the Jin Cai School in Shanghai
This is the International School - which, if I get the job, is where I'll be