I'm fixing a hole where the rain gets in - the musings of a loose cannon.


There I will go (Lennon–McCartney.) 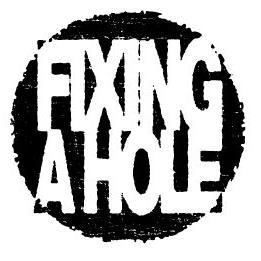 I'm fixing a hole where the rain gets in because for the first time in four years in China I am feeling pretty down about it all.  That's not a bad score card I know but I'm feeling down in the dumps, mainly about my teaching and the school I'm at.

If you have read my last two blogs then you might just get a feeling for whats happening here. I am getting more and more uncomfortable with the style of management that is happening. The teaching is fine, I have no problem with that at all and I think it's going well. Student's are achieved good levels on their IELTS speaking exams which is what I am responsible for.

It's just I'm feeling that after four years here, I am being taken for granted. It all started as I mentioned  in previous blogs when we got new management. Now I know for a fact that these people are only here for the short term, they have an interest in a new school being built up North, in fact that have been trying to poach me for their new school.

One of the minor problems of having the PhD is people want it, not you, so they can use it in their marketing to prospective parents, - 'Look we have a British PhD - a University professor (I use the word professor here in the American sense - as lecturer). Then they conveniently forget your actual teaching ability and want to start 'managing you' and getting you to do stuff you don't want to do.

I actually think they are trying to make me unhappy at this school so that I will jump at the offer to go to their school. Call me paranoid, but I'm not completely stupid and gullible.

It might be arrogance, but I will not be treated like a floor sweeper by anyone, I have lived that life, being told to jump and never question it, and  even then I didn't jump, and I'm certainly not going to do it now.

Some of the fun has gone out on Nanjing too, some of the excitement at being here, its getting a bit tedious. Most of the people I knew have left - but that's the lot of the ex-pat. Friendships are transitory, ships that pass in the night.

But it also saddens me when old friendships are forgotten because new ships have docked at the beery harbour. And they are more attractive, more shiny and brighter than the old familiar faces. Someone new to get along with, some one new to tell all the old tales too, someone new to impress with the local knowledge you have accumulated. You can take the role of pack leader.  But unfortunately that does not bring with it an elders wisdom. It brings an arrogance whereby they think they are the senior voice, they can lecture and they will be heard. But it often falls on deaf ears, none more so than I.

I don't need to be lectured. I am my own man. I do what I want and say what I want. The pack leader here is an American as are many of the so called teachers.  Americans are strange. They defend freedom of speech - in fact they have to write it down so they can remember they are meant to be defending it - until they hear something they don't like. Then somehow free speech - the speech they don't like, turns into hate speech. And they become disdainful and passive aggressive or even downright aggressive. And I get told I deserve everything I get - especially if the little puppies want to flame me on Social Media. What I DON'T deserve is to have memes posted on Facebook calling me a paedophile. The big dog though is fine with that because hey, its my own fault, I bought it on myself and he makes money off them fuelling their drunken rants.

But you know - fuck them. I don't know them and wouldn't piss on them if they were on fire.  Oh by the way I am sorry for the bad language Americans, I know some of you snowflakes are offended by that shit. But here's the kicker - You are NOT offended by your smart bombs, by the way, or your murder and carnage in the dusty middle east and your foreign policy of bombing women and kids in Iran and Afghanistan and Syria and your support of the Nazis in Israel, but GOD FORBID I say FUCK, or call some pack rat retard a CUNT or that they are all a bunch of MOTHERFUCKERS then you get all upset and cry about it. Find a safe space retards.

Now the big chief, if he is reading this, will say 'I told you so'. He pointed out in his long letter to me that  'I would regret it' and that 'This is going to cause you pain, for a while, and not just from all the people you have been fighting with. It is going to cause pain within'.  Thank you, but no thanks Yoda, keep it to yourself.

He might point to this blog and the fact that I'm feeling pissed off as proof positive that what he says is true. But as you can see, if you look at the past two blogs, I have been feeling pissed off for a while. This contretemps with a bunch of Yankee pack rat retards was nothing more than an afternoons amusement. - But of course people will say hey look it is affecting you because you feel the need to write about it.

Here's the thing, I write. I've been writing blogs about my feelings since 2004. I've been writing this Blog since 2011. I currently writing a memoir about my last five years in China I FUCKING WRITE right. So it's not a new thing me having an opinion and writing about it.

Some people seem to read my blogs but not actually understand the words that make up the sentences, then  their brains make up other words and emotions, that are actually, if one read the bloody thing, not even there. My earlier blog, (go read it) I'm told it is a diatribe against Americans and how I hate all my ex American colleagues. In fact I use the word 'American' once - and barely mention my colleagues. I write a bit about my own emotions and diss China a little but I was suffering from PTSD I think from a road accident I was in. So maybe people could be a little more forgiving and actually read what I wrote, not listen to other people who think they know what I wrote.  Or think I am a loose cannon.

So I'm writing that's the good part of this gig. I finished a novel that's with a publisher for consideration. I have lots of time to write and think without concerning myself with what other dickheads in China think. If you look at my blogs from a few years ago you will see exactly what I think about the quality of teachers here in China are especially those who just come here to party and fuck about.  To call themselves Teachers is a travesty. I piss more intelligence away every day than they have in their tiny brains. I am halfway through a second novel and I am writing a memoir about my last five years in China - this is shitloads more than the knucklehead Americans have ever done with their lives and ever will do - the losers.

I am feeling a bit of a general malaise regardless of all this fussin and a fightin - that is a mere distraction and an entertainment.  It's probably do to age. I am feeling my mortality, even more so since my good friend Mark passed away suddenly around  this time a year ago. A couple of other ex-pats has passed on in sudden circumstances, and an  Australian was repatriated out because he was so ill he couldn't work. Out West an English teacher, much younger than me, suffered a heart attack and was stranded in a Chinese hospital. His brother had to resort to crowdfunding and getting huge loan to fly him back home to get treated in a UK hospital. It brings it home to you. Its a worry.

We live on a tightrope. At work from one year to the next we never know if we are being re-employed. I'm over 60 so cannot get a Z visa I am working out the 5 years I have on my residency visa, I have a year left what then?

I have no loyalty what so ever to Nanjing or this school - although the big boss slipped me five hundred yuan today (£50) and told me I was the Senior Teacher.  Here today, gone tomorrow friends are not in the equation because they too will move on. I cannot and will not concern myself with them. It is pointless. We all move on. It was great while it lasted, it's not you, it's me.

I need to find another colourful room with door you will never enter.

Once you were welcome.

Once you were my friend.

Now you are nothing.