A working week in Dongshan

Phew, its Saturday. Its been a short week here in Dongshan but busy all the same.  The weathers still hot. Whereas the UK is having an Indian Summer, China has the Autumn Tiger. I'm sat with the sun streaming through the windows and its about 9am in the morning, the air con is on.


The students have been busy, they are gearing up for halloween by decorating the walls outside their classrooms. 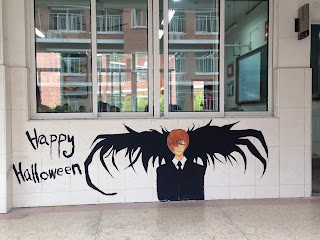 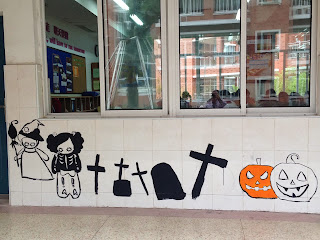 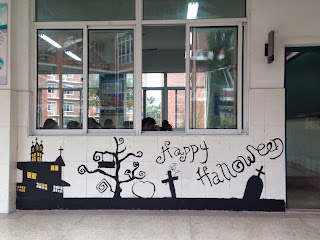 I started the week off right - with a test! 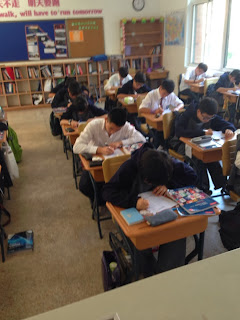 The blackboard in the class, I photograph it so I can remember what words I need to test them on, on a Friday. 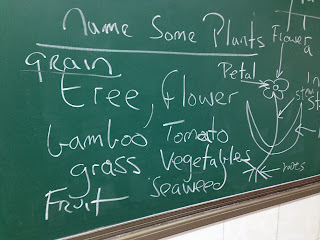 I've also been enjoying my new juicer - This is a pomegranate based juice. 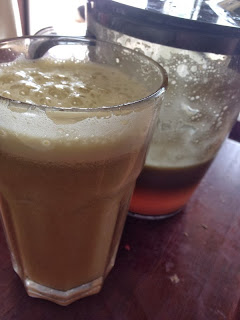 One evening I took the bus to the big Auchan supermarket and was taking some photos out of the window of the sunset - until the driver told me off for having bits of me outside of the bus - oops! 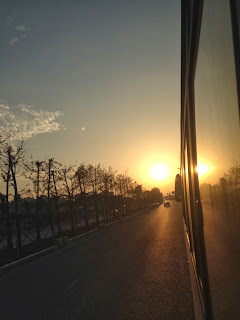 On Thursday afternoon (4:30) I was told, with the usual short notice, that I was to do an English corner with some of the other kids in the school. These are not the kids from the international department.  There was quite a few. 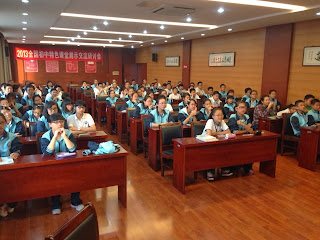 Later as it was pay day (woohoo - its been a long stretch since the 22nd August) I went back to Auchan and got myself the bed topper I've been promising myself to soften my bed a little bit.  Snooks had to check it out first obviously. I think she'
s happy with it. 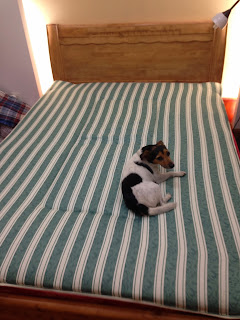 My new juicer and my Chinese style juice ingredients. I didn't think I could get Avocado but have seen in in Auchan. But I need to buy a blender so I can make the smoothies.  The white veggie top left is called fat melon

The walls were repainted.  This is the Junior A wall 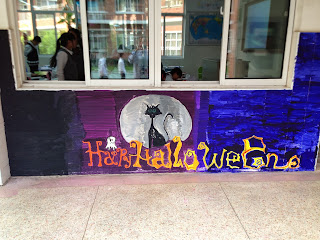 Senior B wall - my senior A walls were washed off, I think they are being repainted. 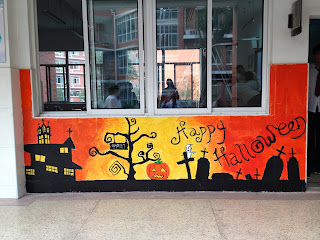 Last lesson on Friday - Test, then a Mr Bean cartoon ( They did very poorly in the test so i'm testing them again today (Monday)) 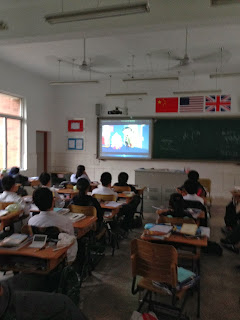 Saturday I went into town, met with Scott (on the right) a Canadian and Ryan, Tom's son (Americans) 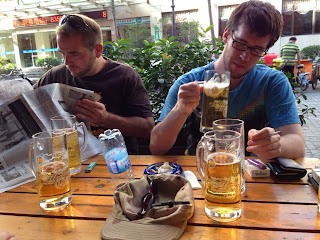 I went with Scott and his girlfriend for food 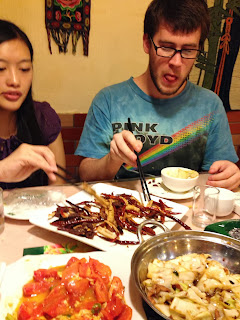 Sundays high point - a Slipper Crab in my local supermarket. 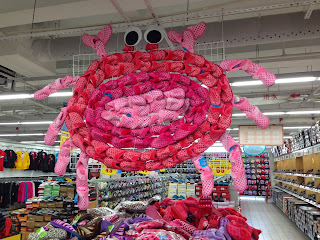 Haircut. How does one choose a haircut in China? Well obviously one goes to the salon with the gayest looking boys in it. They may not be gay btw, its just they have style...I had the 35 yuan haircut (you choose the price of what level of skill the stylist has - I think) and a good job he did of it too, given that I was probably the first westerner to have his hair cut there and we communicated by signs.  I almost got the full Chinese white wall up to the top of my head, but managed to stop him in time. 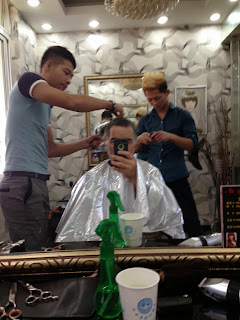 Yes its that time of the year again - Outside pajama time!! 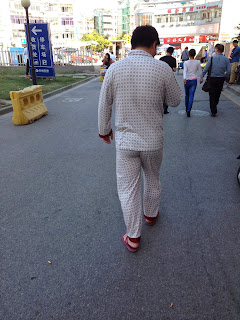